So if you’ve been reading my blog, you know I created a SV650 ECU Decoder which decodes the data stream from the ECU that normally would go to the OEM dash. Recently I upgraded from the GPX Pro to the more powerful and physically bigger AiM MXL2.

So here’s the problem- the new dash is bigger which means I’m having a harder time finding a visible mounting point for my ECU decoder. And while the MXL2 can decode things like water temp, TPS and gear position from the ECU, it can’t decode any EFI warning codes. I didn’t like the prospect of not knowing when the bike was misbehaving due to a bad sensor or damaged wiring harness so I needed to come up with a solution. END_OF_DOCUMENT_TOKEN_TO_BE_REPLACED

So I just switched over from StartSSL to Let’s Encrypt for all of Syn Fin dot Net’s SSL needs and wanted to give a few thoughts about the process:

It’s a very different experience getting up and started. I’ve used a variety of SSL CA’s for work and personal use and Let’s Encrypt is the first I’ve seen to so fully automate things. This has some pros and cons, but overall it’s much quicker and easier to get up and running with Let’s Encrypt then StartSSL (which honestly isn’t saying much) or most other CA’s. The downside of this is that the process is so different that you actually have to read the docs rather then just following the prompts, but having to RTFM is a small price to pay for a free SSL cert IMHO.

Let’s Encrypt (just LE for short) is also the first CA that limits their certs to 90 days. They claim that 90 day certs are becoming more common, but none of the CA’s I’ve ever used in the past even offer that as an option. Kinda annoying, but not a deal breaker considering how automated renewing certs are.

LE only offers domain validated certs (ie: no extended validation) which is fine for personal use, but it’s a little odd that there’s no requirement for any ownership information other then an email for contact purposes. For some use cases this makes a lot of sense, but I’d actually like people to know I own this domain (as long as they don’t spam/junk mail me).

LE’s automation makes it easy to get up and running quickly- if your needs adhere to their tool’s limitations. I ended up having to tell Nginx to serve up http://mail.synfin.net so I could get an SSL cert for Postfix. Lucky for me, my mail & web server are the same box so this was easy, but for most organizations this becomes a real pain.

My biggest feature request right now would allow the the letsencrypt-auto script listen on arbitrary ports and not just TCP/80 and TCP/443 to make it even easier to setup.

So last night I was finally able to test my custom digital setting circles setup on my AD12… it worked great!  I used the Astrosystems 10K encoder kit with the TeensyDSC and SkySafari on my iPad.  Here’s the photos of my setup: 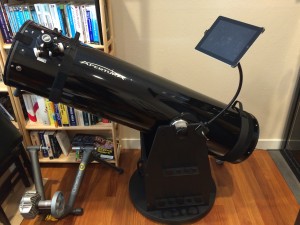 My Digital Settings Circles setup using SkySafari on the iPad 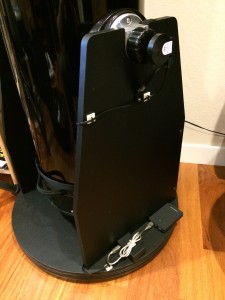 I recently got my first generation PCB in the mail from OshPark and I’m happy to say that the board works just like I had planned! I was able to do some basic testing using 10,000 step encoders, but due to the power of the Teensy 3.1 board and being able to use interrupt driven decoding there shouldn’t be any problem handling 100,000 step encoders if you so desired. The good news is that the board did a great job of reporting the position of the encoders to Sky Safari Pro running on my iPad via a wireless WiFi connection!

Renderings of the board I actually ended up using: 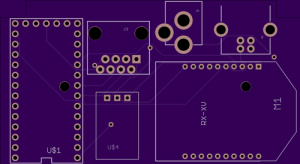 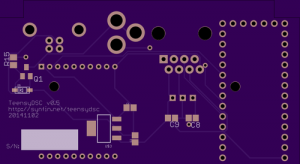 Photos of the board with the necessary components installed: 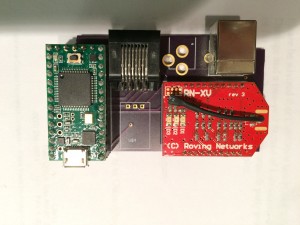 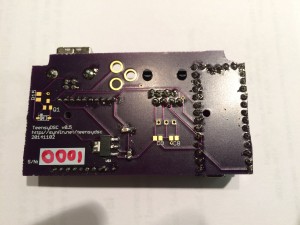 Notice there are some missing parts on the PCB.  That’s because so far I’ve only soldered on the parts necessary to power it via USB.  The missing parts are for powering it via 12V DC.

It also fits nicely in this small plastic enclosure I have: 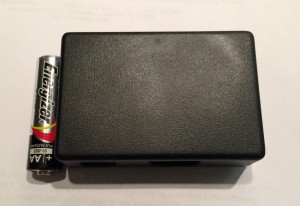 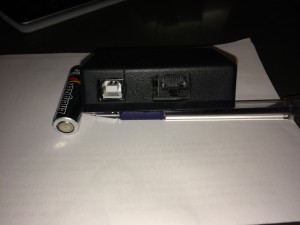 As you can see, this board is smaller and much simpler then the earlier board I designed. I did this because it wasn’t going to be possible to fit the original board in the small plastic enclosure I had picked out and most of the features I wasn’t actually going to use/need and I wanted to focus on getting the basic DSC features tested and working. 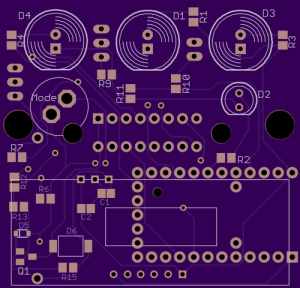 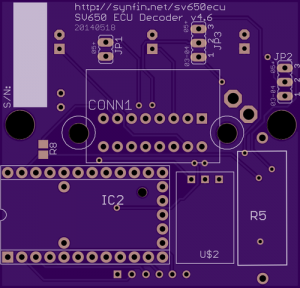 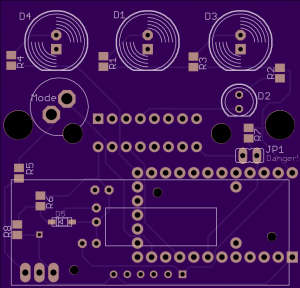 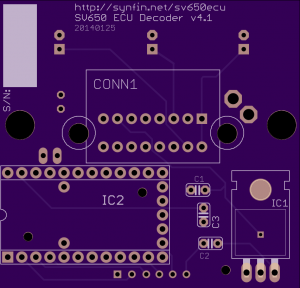 So I got the new boards back from OSH Park: 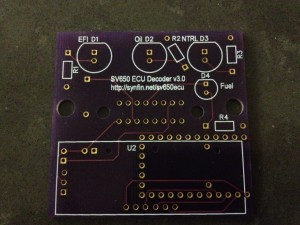 END_OF_DOCUMENT_TOKEN_TO_BE_REPLACED

So my v2.0 boards were a complete dud.  Turns out some how I messed up the design and ended up wiring up the connector to the wiring harness backwards so nothing works.  Wasn’t a complete disaster- I was going to have to do another revision of the board either way, but it does slow things down. END_OF_DOCUMENT_TOKEN_TO_BE_REPLACED