So my v2.0 boards were a complete dud.  Turns out some how I messed up the design and ended up wiring up the connector to the wiring harness backwards so nothing works.  Wasn’t a complete disaster- I was going to have to do another revision of the board either way, but it does slow things down.

Anyways, I just finished the v3.0 board design which:

Most everything should be pretty self explanatory, but I wanted to take a minute to explain the last item. The first version of the board didn’t have the OEM connector for plugging directly into the stock wiring harness, instead I had a terminal block to connect the wires. I ended up removing the terminal block from this version because: 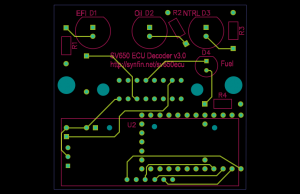 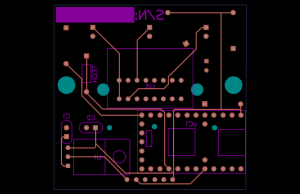 Anyways, I just submitted the order to OSH Park today- should be a part of March 27th’s panel, and so I should have the boards back by mid-April.